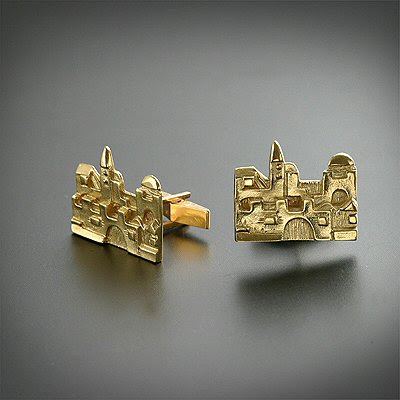 In an article titled "The Jew Who Wasn't There," Rachel Adler talks about women being "peripheral" Jews. In traditional Judaism, women were excluded from being counted in a minyan. Their testimony in a Jewish court was not admissible. That's not so different from our experience in modern times--it was only in the last several decades that women in our country were considered legally capable of entering a contract. There is more equality now, but back then women had no legal authority. Women weren't even allowed to study Torah. In the movie “Yentl” one of the things Yentl wanted to do was to study Torah, like the boys and men were allowed to do. Adler makes a thorough case that women were relegated to the edges of Judaism, but she didn't give an answer to my question.

I looked at an article out of the book called Standing at Sinai by Judith Plaskow, another well respected modern Jewish feminist scholar. She explained that women were to be relieved from certain requirements that might get in the way of their domestic obligations. If a woman is busy preparing the Seder for Passover, she shouldn't have to go to the synagogue--it might take her away from the kitchen. Plaskow says, “The fact that women must observe the negative commandments (the “Thou shalt nots”) prevents them from undermining Jewish life, but they are not permitted to participate fully in the religious life of the Jewish people.” Plaskow was angry, she was upset, but she didn't have an answer to my question. I kept looking.

I remembered something Rabbi Bergman Vann had told me. A famous scholar, Rabbi Ben Bag Bag, said, “Turn it over and over, for everything is in it.” In other words, keep looking, keep trying, keep struggling. The answer is in there somewhere.

I found an article by Rabbi Stacy Offner entitled Women Speak Louder Than Words. Eureka! She had an answer! Rabbi Offner's suggestion is to take gender out of the equation. (For example, nowadays we don't refer to God as "he" or "him." God is God, without being male or female.) Suppose we look at Matot again and read the verses as if they said, "If a married person makes a vow or obligation, that person's spouse can cancel it. If a young person living at home with his or her parents makes a promise, the parents have a right to cancel it." When we take the gender indicators away, the rule applies to husbands as well as wives, to sons as well as daughters, and mothers as well as fathers.

Rabbi Offner explains, "Adults who are married have committed to a partnership. Therefore, adults must share their oaths and vows with their spouses, and their spouses are entitled to input. Matot teaches us that the vows of married persons cannot stand without spousal approval.” The point is that when somebody is in a committed relationship, whether it is between spouses, significant others, business partners, or whomever it might be, one person shouldn't be able to bind the person without some conversation. The couple should say to each other: "Is this something we ought to do? Is this right and good? Can we afford it? Do we have time?" Before committing to a course of action, each party to the relationship ought to have the right to say "No."

The same is true for parents and children. The rule shouldn't apply just to daughters and their fathers; it should be expanded to include all children and all parents. Kids don't always have enough perspective to make binding commitments, and their parents ought to be able to look at their decisions and say "Let's think about that again." And so, Rabbi Offner says, “All young people, male and female, who live in their parental home - though they may not like it all the time - are not fully independent. They need to understand that their parents have a part in all that they say and do. Matot teaches us that their vows cannot stand without parental approval.”

When showing jewelry, I have a tendency to feature pieces that would be favored by women. In a show of openness, I wanted you to see these cufflinks by a graduate of Bezalel, Chaim Paz of Idit Jewelry Designs. These Jerusalem cufflinks are especially wonderful when you consider the scale in which they must be worked.

By the way, I posted a poll on my website... nothing too challenging. I would love to know your opinion!
Posted by DrMom at 8:54 AM

An insightful post. Now if you could just convince more people to drop the gender specifics in scripture, of all religions...

I'll be interested in hearing the results of your poll. I was recently thinking about that in terms of Christianity too. Really, what is the religion of all of those people in China, Taiwan, Korea, etc... who make the common department store religious decor and jewelry? I can't believe they are all Christians for the Christian stuff or all Jews making the Jewish symbols.