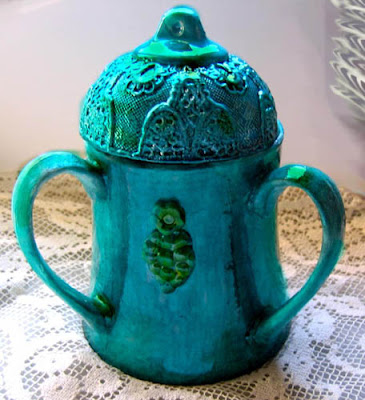 Sara Konforty is an artist has developed the skills and techniques to produce her unique art work- Handmade ceramic and glass. She specializes in designing Judaica art works and finish to high quality.

Today's posting comes from a brand new website Jewsbychoice.org . I hope you can see the relationship to this week's parsha...

I began to study intensely. While in Israel, I began learning with the granddaughter of Eliezer Berkovits z”l, and afterward in the Boston area with several remarkable teachers. I moved to the community of Newton, Massachusetts, and began studying with a rabbi there who also became my sponsor for conversion with the Boston Beit Din. Several families in Newton took me under their wing and I remain very attached to them to this day.

It is tempting, especially from this comfortable distance, to see the joyous aspects of the process and try to forget the negative ones. But to be honest, I will mention some of the negative reasons for my conversion via the Orthodox track. One was the attitude many Jews-by-birth had toward me as a patrilineal Jew. Comments circulated behind my back about the fact that I was not a Jew, and what did I think I was doing participating in a program for Jews, insinuating myself into Jewish society and potentially seducing a nice Jewish-born boy into marriage, God forbid? As a strongly-identified Reform Jew (and more devout and observant than many of the people making these comments), my blood boiled. And religious Jews were no better. When my fiancé and I became engaged and one of my bosses noticed my diamond ring, she asked when the wedding would be. Expecting it would be in a matter of weeks or, at most, months (the fashion in Orthodox circles), she was surprised to hear that we hadn’t yet set a date. “What’s the matter? Aren’t you Jewish?” she blurted out. There were many times—on the job, when traveling around the country—when it was more convenient just to lie to people and tell them I was Jewish, even inventing Hebrew names and Jewish-sounding maiden names for my mother rather than trying to explain the complicated truth and possibly suffering even more rejection as a result of my honesty.

But dishonesty with the Beit Din was out of the question, and honesty was painful. One of the rabbis, the least pleasant and clearly the one with the strongest personality, leaned back in his chair, locked his fingers behind his black kippah, and exhaled through his beard. “So what we have here is a Jewish man in yeshiva [my fiancé had decided to learn to show solidarity with me in my studies], engaged to a non-Jewish woman,” he observed, lip curling. They clearly did not see me as I saw myself, as someone who wanted to legitimize the heritage she’d been only half-given, and to have a home where husband and wife were alike in belief and practice. I was the pagan temptress who, having snatched a nice Jewish boy from their midst, was only retroactively seeking legitimacy. While his words may have been correct in point of halachic fact, it did not change how I felt in response to what he said: inflamed, wretched, powerless.

So why did I go ahead and do it? My father asked me that question when I (foolishly) called my parents hoping for some sympathy. “A person would have to be pretty stupid to want to go through that just to be Jewish,” he growled over the phone. (I had better luck calling a friend after I hung up with him.) “How can a feminist like you join a Stone Age religion like that?” my sister asked. I did it for a number of reasons. After all of the prying questions and denigrating comments, I wanted to spare my children that experience. I also wanted to be able to join fully the close community of which I’d become a part in Newton. My future husband, a ba’al teshuva (JBB who was raised secular but returned to tradition) and I were in agreement about what kind of home we wanted, and it would be a traditional one very much in the style of those of the warm, learned, funny, loving people we had come to know in the years of our journey together. And most importantly, I learned something from this Beit Din that I have never forgotten: Just because someone has more Torah learning, more power, and more yichus (pedigree) than you does NOT make him or her a spokesperson for the religion. By the time I met with the Beit Din for the first time, I had already met dozens of highly principled, Torah-wise, kind, generous people who watched their words carefully and judged everyone favorably. The fact that these men did not all match up to the wonderful Orthodox Jews I’d met in the past 18 months made no difference to me. I would put up with them until I had what I wanted, and then I would be free to choose my own company, and have nothing further to do with them.

And in the end, it was good. Time, study, and confidence built from practicing Judaism for months enabled me to walk into my third and final meeting with them poised and confident. My hurt and insecurity had melted away, and I felt prepared and relaxed. I answered their halachic questions to their satisfaction, and their reservations about my case seemed to have been put to rest. After grilling me for about twenty minutes, I was ushered out to wait while they made a final decision in my case. When I was called back in, all of the rabbis had moved their chairs close to where I was sitting. In my previous meetings with them, I would have felt as though they were about to roast me on a spit, but this time they were surrounding me as though to welcome me. I sat down and looked up at the dais. There, the rabbi who had made my life miserable for the past nine months began to speak. He acknowledged the sense of ambivalence I had felt about my status, but reiterated that in the eyes of Jewish law my case was still a clear one of a non-Jewish woman seeking conversion. He reminded me that the Jews are not a popular people, and that one must be aware of this before joining this people that walks alone. But he also said that they were well aware of how much I had prepared, how much I had given up, and was pleased to be the first to welcome me to the Jewish people. 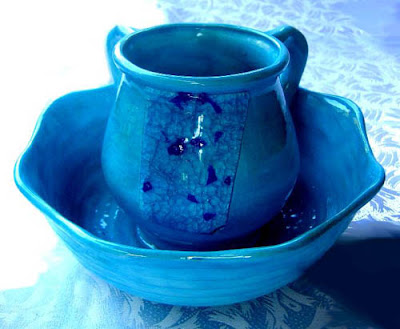 Interestingly, my trip to the mikvah was in many ways less emotionally stirring than my Reform conversion had been. It was more logistics-driven: the physical preparation beforehand, the shower curtain on the surface of the water to shield my naked self from the eyes of the beit din as they each peeped over the railing to ensure that it was I in there and not some talented ventriloquist, and promising to send my kids to Jewish day school. It was harder to feel a change in status with all of these abstract, practical issues being tossed around. However, there was a sweetness to my rabbi doing the naming ceremony afterward. He flipped through his little siddur looking for the right service (he was about my age; was I his first convert?) and eventually realized that the naming ceremony for me was the same one as for an infant daughter.

The transformation was not exactly complete after the mikvah experience. I still had my family to win over. With our wedding on the calendar, they began to feel anxiety. Would they feel uncomfortable? Would they “fit in” even though they were technically the hosts of the wedding? Having been to many Orthodox weddings, we tried to prepare them for how joyous and silly they were, but no one really believed us. Since my fiancé and I had only non-religious relatives and friends coming from afar, we decided to stack the guest list heavily with couples from our local shul. Following the cue of the majority, our families would be able to follow the (separate) dancing and highjinks much more easily. This turned out to be the case. My family enjoys slapstick and silliness and was very pleasantly surprised to see that friends had brought shtick to the wedding in the form of wigs, hats, crowns, streimls, Groucho glasses and eyebrows, clown noses, Star Wars Episode I light sabres… We were raised on chairs and held a napkin and a gartl (belonging to one of our guests who was a student of Shlomo Carlebach’s) between us, we jumped rope with napkins tied together, my brother breakdanced, a friend did the kazatzka… It was pretty standard from our experience, but for our families, it was a revelation. My family was won over. Who could resist the sight of lawyers, social workers, physicians, teachers and college professors all cavorting around making fools of themselves? Perhaps my family got a small taste of what I got in Israel: that perhaps it’s possible to be an Orthodox Jew AND be normal…

Of course, this is not the end of my journey, despite the post’s title. Life goes on, changes occur, and Judaism bends and moves with the Jew.
Posted by DrMom at 8:58 AM

A wonderful story. Thank you for posting it.