Why Evolution is Kosher 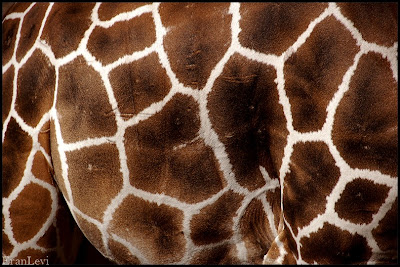 I adore going to the zoo... I can spend hours looking at the animals. Among my favorites are the giraffes. Giraffes have exude calm and elegance. This up close and personal shot was photographed by eighteen year old Eran Levi on his recent safari.

And the book? Well, I think it is a good excuse for me to buy a new book for my sons!

Interview by Steven I. Weiss
Natan (Nosson) Slifkin, an Orthodox rabbi known as the “Zoo Rabbi,” writes books about animals and the Bible, and leads tours of zoos all around the globe, which he calls Zoo Torah. Two years ago, Rabbi Slifkin's books were banned by ultra-Orthodox rabbis because they contain statements about science’s take on the age of the earth. In July 2006, Rabbi Slifkin released a new book, “The Challenge of Creation: Judaism's Encounter with Science, Cosmology, and Evolution,” which approaches the controversial topic head-on. While in the United States on his book tour, he spoke with Steven I. Weiss about Judaism, evolution, and the relationship between science and his religious faith.

After having several of your books banned, you're out with a much-expanded and revised edition of “The Science of Torah,” which you've titled “The Challenge of Creation.” What does your new book tell us about science and how it can work with traditional religion that you hadn't said before?

In my new book, I have elaborated upon many other topics, such as other cases in history where Torah scholars confronted challenges from science, the issue of literalism in interpreting Scripture, and questions posed by the existence of ancient civilization. There is also a lengthy discussion of intelligent design, which is a hot topic these days. 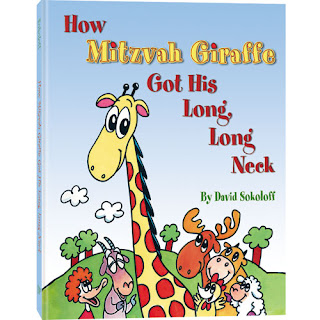 You find intelligent design very problematic, not from a scientific standpoint, but a theological one. Why is that?

I am very much in favor of an intelligent designer. But what most people mean with the term intelligent design is that there are certain specific biological phenomena that science can't explain, and that that is where we see God. This is problematic in that it restricts God's role to those things that science can't at present explain--an area that is constantly decreasing in size. I believe that it is important to see God in things that science CAN explain.

That gets to one of the main elements of your thesis--that scientific explanations make one more in awe of God, right?
Absolutely. It is a more sophisticated understanding of God to realize that His greatness is in working in a rational, ordered manner--via the remarkable laws of nature--rather than being some kind of cosmic magician zapping things into existence.

Your books were banned by leading ultra-Orthodox rabbis. What's that been like for you?

Well, of course it was very traumatic. But over time I have come to terms with it, and I have realized that my books are simply not suited to that community. Fortunately, there is a large Orthodox Jewish community which is very receptive to my work.

There are communities that are trying to maintain a very pure and simple religious way of life and do not wish to complicate it by addressing the challenges raised by modern science. My books, on the other hand, are for those who are already engaging the modern world Read more here.

And Shabbat Shalom!
Posted by DrMom at 3:38 PM