Crying for that which has not happened 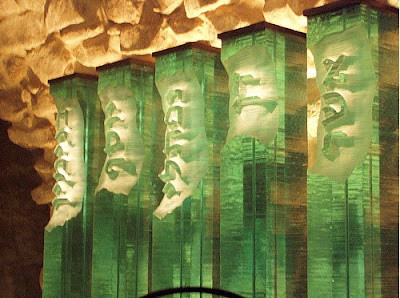 Jeremy Langford, a glass artist whose work we say earlier this week writes:
The Challenge – Art at Judaism’s Holiest Site
Five years ago, the Western Wall Heritage Foundation, along with their architect Eliav Nachlieli, asked me to create a series of monumental glass sculptures for the new visitors’ center at the Western Wall in Jerusalem. My task was to create eight glass sculptures representing the history and development of the Jewish people since their beginnings at the time of the Patriarchs up to the present day return to Israel. This was for me the ultimate artist’s dream, an amazing design challenge at one of the most important religious and cultural sites in the world. At the same time, this was a huge responsibility; I was to create Artwork at the holiest site of Judaism. I was to present the idea of the Jews as a ‘Chain of Generations’ and, therefore, had to find an artistic language that would cut across all boundaries and that people from different backgrounds could relate to. It was decided, therefore, to use an abstract form as a symbol of the Jews. Non-figurative sculpture, something very close to my heart, is a language that can be read on many levels. 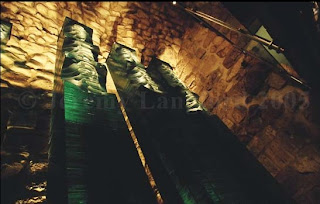 Upon revealing himself to his brothers, Joseph embraces Benjamin passionately and they cry on each other's shoulders (Gen. 45:14). Why does the Torah find it necessary to inform us that they cried? There must be some significance, otherwise the Torah would not have mentioned their weeping. Rashi, a French commentator on the Torah, offers an answer to this puzzling question. He explains that Joseph was crying on Benjamin's shoulder because he knew that the two Batei Mikdash, the Holy Temples, which were going to be in Benjamin's portion of land would ultimately be destroyed. Rashi says that Benjamin cried on Joseph's shoulder because he knew that the Mishkan, the famed tabernacle in Shiloh, which would be in Joseph's territory would also be destroyed.

Now that the answer is clear, we must ask yet another question. Why were they specifically crying over the Holy Temples and the Tabernacle at this exact moment in time, right when they were being united after years of separation? It would make more sense for them to be crying because they were overjoyed, filled with love and emotion. Why would they even think about crying over such lofty matters such as the ultimate destruction of the Tabernacle and the Holy Temples?

Before answering this, we must first ask ourselves why those holy structures were destroyed. What, according to our rabbis, is the one sin that lead to the downfall of the Temples and the Tabernacle? Which one character flaw did the Jewish people possess that caused such major destruction? It was the sin of sinat chinam, unwarranted hatred towards others. All Hashem wanted was for people to treat one another with proper respect. It was simply being nice to your fellow Jew.

What connection does that have to Benjamin and Joseph's crying? They both realized that it was because of this sin, hatred towards others, that they had ended up in their bleak situation. It was directly due to the lack of brotherly love that led to Joseph being in Egypt and the current situation at hand. Therefore, they were crying about the destruction of the Temples and the Tabernacle which crumbled because of this same sin. 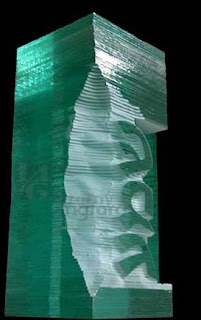 This Tuesday (December 19th in 2007)is a fast day commerating the besiegement of the city of Jerusalem by Nebuchadnezzar, which ultimately led to the destruction of the First Temple. While at times, depriving oneself of food can be painful, we must come to terms with and realize why we are fasting. Why was the Temple destroyed? Simply, because we weren't nice to each other. We must learn from our past mistakes. Let's all take time out on Tuesday to try to rectify this sin. When we encounter someone, whether it be a spouse, a close friend, or even someone we don't know, try to treat them with respect. Let's shower people with so much kindness that they won't even know how to react. Try it on Tuesday and see how it works. Each and every year, we have this fast. Hashem is testing us to see if we have learned yet. If we are all strong enough and combat such a basic sin, perhaps this year's fast will catapult us closer to Hashem and the ultimate redemption which lies ahead.
Posted by DrMom at 11:58 AM