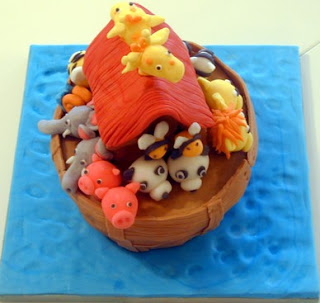 As I was perusing, looking for Noah, I found some absolutely amazing cakes featuring the man and his ark. Working with Fondant is not an easy task and it requires a lot of skill, not unlike sculping in clay. So here are some views from the bakery of Orly Gileadi Avidor, and Israeli artist of batter and icing!

From the Blog TALL STORY:

In the year 2007 the Lord came unto Noah, who was now living in England
and said, “Once again, the earth has become wicked and over-populated, and I see the end of all flesh before me. Build another Ark and save two of every living thing along with a few good humans.”

He gave Noah the CAD drawings, saying, “You have 6 months to build the Ark before I will start the unending rain for 40 days and 40 nights.”

Six months later, the Lord looked down and saw Noah weeping in his yard - but no Ark. “Noah!” He roared, “I’m about to start the rain! Where is the Ark?”

“Forgive me, Lord,” begged Noah, “but things have changed. I needed Building Regulations Approval and I’ve been arguing with the Fire Brigade about the need for a sprinkler system. My neighbours claim that I should have obtained planning permission for building the Ark in my garden because it is development of the site, even though in my view it is a temporary structure.

We had to then go to appeal to the Secretary of State for a decision.”

Then the Department of Transport demanded a bond be posted for the future costs of moving power lines and other overhead obstructions to clear the passage for the Ark ’s move to the sea. I told them that the sea would be coming to us, but they would hear nothing of it.

Getting the wood was another problem.All the decent trees have Tree Preservation Orders on them and we live in a Site of Special Scientific Interest set up in order to protect the spotted owl. I tried to convince the environmentalists that I needed the wood to save the owls - but again no go!

When I started gathering the animals, the RSPCA sued me. They insisted that I was confining wild animals against their will. They argued the accommodation was too restrictive, and it was cruel and inhumane to put so many animals in a confined space. 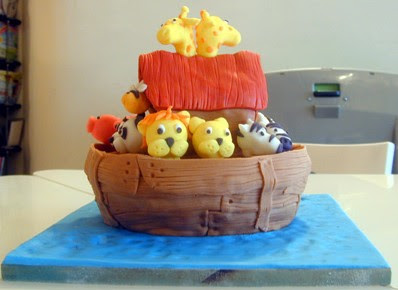 Then the County Council, the Environment Agency and the Rivers Authority ruled that I couldn’t build the Ark until they’d conducted an environmental impact study on your proposed flood. I’m still trying to resolve a complaint with the Equal Opportunities Commission on how many disabled carpenters I’m supposed to hire for my building team. 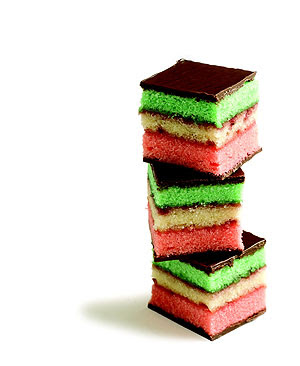 The trades unions say I can’t use my sons. They insist I have to hire only accredited workers with Ark-building experience. To make matters worse, Customs and Excise seized all my assets, claiming I’m trying to leave the country illegally with endangered species.

So,forgive me, Lord, but it would take at least 10 years for me to finish this Ark.” Suddenly the skies cleared, the sun began to shine, and a rainbow stretched across the sky. Noah looked up in wonder and asked, “You mean you’re not going to destroy the world?”

“No,” said the Lord. “The British government beat me to it.”

Another interesting take on THE FLOOD...
Here is the most wonderful version of Somewhere Over The Rainbow...
And if anyone cares, those cookies are Rainbow cookies, my favorite.
Posted by DrMom at 1:32 PM

That cake is the most adorable thing ever! I really want to eat those rainbow cookies too. :)