Openning our hearts and wallets 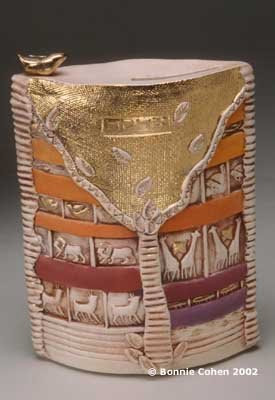 There is no b’rachah for giving tzedakah, for “opening one’s hand.” According to the Rashba (Spanish rabbi, 1235–1310), commenting on Deuteronomy 15:8, unlike most other positive biblical commandments—such as lighting Shabbat candles and reciting Havdalah—tzedakah requires another person’s action to fulfill it. If a mitzvah requires two people—in this case, the giver and the recipient—the giver doesn’t say a b’rachah, lest the recipient say he or she doesn’t want help. Saying a b’rachah in this circumstance would mean that the giver had needlessly pronounced God’s name (story cited in Mikraot Ramah [Conover, WI: Camp Ramah, 1999], p. 140).There is even no b’rachah for putting money in a tzedakah box, because we can’t predict the reaction of a future recipient.

I (Lori Sagarin) disagree with the Rashba on this point. I have always found that taking the time to recite a b’rachah, pausing for those few moments, is one of the most concrete ways we have to infuse meaning into an action. This is particularly true of actions that we do without much thought, such as throwing money in a pushke at the local restaurant or placing a bracelet on your arm. Actions like these can become automatic. When we stop and reflecton what we are doing, when we visualize the good works that money in the pushke potentially brings or how that bracelet can promote someone else’s awareness of a cause, these are the moments when we successfully open our hands as well as our hearts.

Bonnie Cohen’s work has been published by Women of Reform Judaism, Women’s League of Conservative Judaism, Na’amat, and American Greetings. She was a finalist in the International Judaica Competition at the Spertus Museum in Chicago and has participated in many prestigious exhibitions around the country. She has won awards for her work in both the corporate design field and the field of Judaic art.
Posted by DrMom at 5:42 PM