At God’s command Moses, sends twelve spies – one from each tribe – to scout the land of Canaan and to report back on the land’s inhabitants, fortifications and agricultural attributes. They return after forty days with evidence of the land’s bounty and fertility, and accounts of the might of its population and well-defended cities.
Ten of the spies were pessimistic about the prospects of a successful Israelite conquest, but Caleb’s and Joshua’s assessment was optimistic and they urged swift military action. The people sided with the majority, and in a panic expressed their desire to return to Egypt under new leadership. 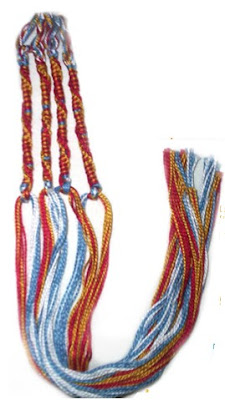 God’s fury with the Israelites is aroused for their lack of faith in themselves and in divine assistance with the conquest. Moses intercedes on the people’s behalf averting total annihilation, but God instructs Moses to alter course: the Israelites will wander for forty years – one year for each day of the spies’ mission – until the present generation dies out. Only Caleb and Joshua are to be spared this fate; they alone among their contemporaries are to witness the conquest of the land. The ten spies, whose pessimism fueled this latest rebellion, are killed by a plague.
The people now repent and attempt to begin the conquest without divine sanction and despite Moses’ warning. Their effort leads to disaster and they are routed by the Amalekites and Canaanites. As a sign of God’s ultimate fulfillment of the promise to give the land of Canaan to the Israelites, the very next passage begins with the phrase “When you come into the Land.” This passage contains a variety of laws, most notably challah – the setting apart of a portion of dough for the priest.
The sidra concludes with the imposition of the death penalty by stoning for anyone violating the Sabbath, and the laws of tzitzit.
From Zipporah's Thimble these lovely tzitzit... hand tied with love.
You want to make your own tzitzit?... here is how to do it.
Posted by DrMom at 7:00 AM