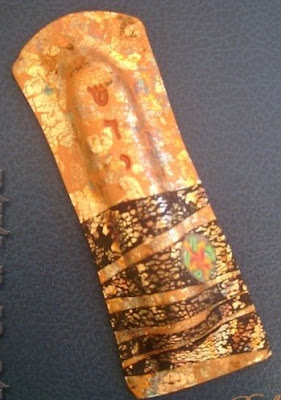 In this week's Torah portion we have a very interesting predicament. On the first anniversary of their liberation from Egyptian slavery, the Israelites are bidden to once again celebrate the Passover Seder to commemorate the freedom that they had attained. The main ritual consisted of slaughtering the Paschal sacrifice on the eve of Pesach, and eating it that night with matzah and marror (bitter herbs). The sacrifice had to be slaughtered and eaten in a state of ritual purity.

Some individuals came to Moshe (Moses) to complain that they had been fulfilling the commandment of caring for the deceased, either by carrying the coffin of Yosef (Joseph) for eventual burial in the Holy Land or by attending to the burial of an unidentified corpse (mayt mitzvah). They asked why they should be deprived of performing the commandment (mitzvah) of the Pesach sacrifice because they had been engaged in a different mitzvah which rendered them ritually defiled.

Upon inquiry to the Almighty, God tells Moshe that these individuals should indeed have the opportunity to celebrate the joy of their Pesach deliverance through the performance of the Passover Seder one month later. (Indeed, in remembrance of this fact, one month after the beginning of Passover, on the 14th day of Iyar, we commemorate Pesach Shayni, the Second Passover, by customarily eating matzah and refraining from reciting the penitential prayer in the service.)

What is significant is that these individuals were given a second chance. All too often, either because of some ritual defilement or because of our own laziness or lack of interest or even lack of knowledge, we miss the opportunity to perform a good deed or to say the right word or to offer any compliment that could enhance interpersonal relationships. Our tradition teaches us to never give up hope. If at first we do not succeed, try again! If we cannot make the first Passover, there is a second opportunity. Our faith is a positive one. Inherent in our religion is the opportunity for reconciliation and repentance and righting a wrong, or correcting a mistake, or overcoming a neglect.

Another group of people who were allowed to bring the second Passover offering were those who were too far away from the Sanctuary at the time of the proper Pesach observance. It is never too late to catch up and to try to bring ourselves nearer to the Almighty and to our fellow human beings, even if the journey seems to be a long one or if we have been detached and distant from our religion. If we but set out on the right path, we will get to the proper destination, but it must be done with a sense of faith, love and compassion. "Many people will walk in and out of your life, but only true friends will leave footprints in your heart."

With a belief in God, we can overcome adversity and go on to succeed, even if there seems to be a momentary stumbling block in our way, or if we had been on a different path. We know that God is here to help us find our way, but we have to ponder our steps carefully, and it may take time! Otherwise, we will be like the little girl who was dressed in her Shabbat best, and running as fast as she could to the synagogue so as not to be late for Junior Congregation. As she ran she prayed, "Dear God, please don't let me be late! Dear God, please don't let me be late!" As she was running and praying, she tripped on a curb and fell, getting her clothes dirty and tearing her dress. She got up, brushed herself off, and started running once more. As she ran, she again began to pray, "Dear God, please don't let me be late...but don't shove me either!"

If not a shove, our tradition sometimes gives us a "nudge" to move in the right direction. We will eventually get there, as long as we stay on course and find fulfillment and strength in the teachings of our faith! Rabbi Doniel Kramer

I fell in love with this mezuzah this week. It is from Ruth Tarragano of Israel- mother and polymer clay artist.

Shabbat Shalom Umevorach -- a peaceful and blessed Sabbath.
Posted by DrMom at 9:47 AM

wow...thats a gorgeous mezuzah. Thank you for finding this artist for me :) and thank you for the daily lessons you post. Shabbat Shalom to your and yours.

It is my distinct pleasure to do what I do. I promise Kathi, I am learning as much as you are, if not even more.
I try to contact all the featured artists- they are shocked that I do this for FUN.

Oh and Shabbat Shalom to you.

Thank you sooo much for mentioning me and for your lovly words!

I was realy surpised to find the link in my home forum of polymer clay in Isral...

You are invited to visit my homepage-
http://www.ruth.bursa.org.il/ruth_en.htm

All the best and great week to all!!

An exceptional One of a kind work!