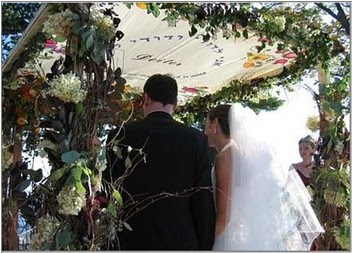 Historically, Shavuot was the day on which the Bikkurim (first fruits from the seven species for which Israel is praised) were brought to the Temple in Jerusalem by each individual. These species are: wheat, barley, grapes, figs, pomegranates, olives, and dates (Deut. 8:8). In the largely agrarian society of ancient Israel, Jewish farmers would tie a ribbon around the first ripening fruits from each of these species in their fields. At the time of harvest, the fruits identified by the ribbon would be cut and placed into baskets woven of gold and silver. The baskets would then be placed on oxen whose horns were laced with garlands of flowers, and who were led in a grand procession to Jerusalem. As the farmer and his entourage passed through cities and towns, they would be accompanied by music and parades. 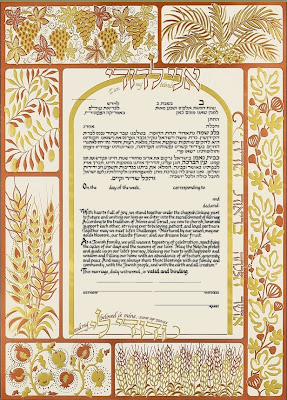 At the Temple, each farmer would present his Bikkurim to the Kohen Gadol in a ceremony that followed the text of Deut. 26:1-10. This text begins by stating, "An Aramean tried to destroy my father"—which either refers to Laban's efforts to weaken Jacob and rob him of his progeny (Rashi on Deut. 26:5) or to the fact that Jacob was a homeless or penniless wanderer in the land of Aram for 20 years (ibid., Abraham ibn Ezra). The text proceeds to retell the history of the Jewish people as they went into exile in Egypt and were enslaved and oppressed; following which God redeemed them and brought them to the land of Israel. The ceremony of Bikkurim conveys the Jew's gratitude to God both for the first fruits of the field and for His guidance throughout Jewish history (Scherman, p. 1068).