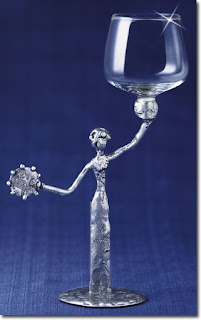 I found this piece in Time Magazine... about how Moses truly loved his sister Miriam.
But the saddest interpretation is that Moses is penalized for mourning his sister. Few figures in Exodus are as vividly drawn, if infrequently featured, as Miriam. It is she who, as a child, saw to it that Pharaoh's daughter temporarily returned Moses to his natural mother to be breast-fed; it is Miriam who danced for joy at the crossing of the Red Sea. She is one of only four women the Hebrew Bible describes as a prophetess. Moses clearly loves her. At one point, she and Aaron complain about Moses' marriage to a "Cushite," which some scholars believe meant a black woman. But when the siblings challenge their brother's prophetic authority, God punishes Miriam with leprosy. Moses, however, intercedes on her behalf.

The incident at Meribah begins with the stark announcement, "Miriam died there and was buried there." The next sentence is, "The community was without water, and they joined against Moses and Aaron." This abrupt shift has fascinated scholars, including Hebrew Union College's Cohen. "His need is mourning," Cohen points out. "And do the people gather to comfort him? No. To complain. The same song and dance." Distraught, Moses strikes. With the blows, "he takes out everything," says Cohen. "He takes it out on the people, maybe on God, because he's lost his sister." And the Lord punishes him.

You shall die on the mountain that you are about to ascend and shall be gathered to your kin, as your brother Aaron died on Mount Hor and was gathered to his kin.

The wonderful Miriam's cup above is one that was made for the Women of Reform Judaism by the artist Linda Gissen. For lots of Miriam's cups take a look at this exhibit from the Oregon Jewish Musem.
Posted by DrMom at 5:46 PM