Apparently two readers were quite taken with my post about the Jews of Ireland. So many of us who are members of the tribe think of our fellow Jews only as being Eastern European or North African in descent. But the diaspora sent our our lansmen far and wide... including to the islands of Japan! Here is an article discussuing the history of our people in the land where fish not only smoked, but eaten raw! 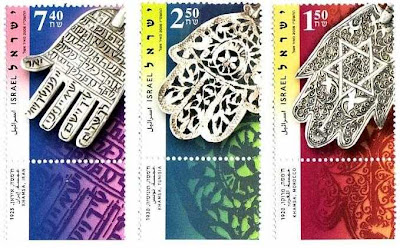 No one - apart perhaps from a few Japanese who see themselves as descendants of one of the lost tribes of Israel - would think of Japan as in any sense a Jewish homeland. Yet among the many shrines and temples, Shinto and Buddhist, there stand occasional monuments to Jewish commitment and endeavor. As ever, this is part of a heritage in which hope and despair, longing and sacrifice, war and struggle, have all been mingled together.
Certainly this is true of Tokyo, whose Jewish community rose improbably out of the ashes of Allied victory. Probably there were more Jews in Japan during the postwar American Occupation than at any other time in the country's long history. Although the Occupation ended in 1952, an American military presence persists, with armed forces based in Okinawa as well as at other facilities. As a result, American Jews, both men and women, remain in Japan, able to take part in Jewish life if they wish to do so. At Yokosuka naval base near Tokyo, for instance, there is a small "chapel," complete with Torah scroll, which is used on the High Holy Days and on other occasions. It would not be surprising if on these days the number of Jews worshiping at American military facilities were comparable to the numbers taking part in services at Japan's two synagogues, in the capital, Tokyo, and in western Japan (Kansai) in the port city of Kobe.

The stamps from Israel, shown above, have nothing to do with Japan (maybe if one were to send a letter from Israel to Japan that could be the connection). But as you faithful readers are aware, I adore Chamsot... Unfortunately these stamps are not available... in fact within days of their introduction they were taken out of circulation! TotallyJewish.com reports that, "The Israeli postal authority has been forced to pull two new stamps from circulation after it was realised that their designs incorporated holy words that, under religious law, couldn’t be defaced, disposed of or destroyed." So sad... they really are lovely stamps!

Really enjoyed this entry. It is fun to expand our knowledge of Judaism throughout the world. My family tree going back in time includes a Chinese relative. I'd love to know about Judaism in China.

We lived in Yokosuka and have been in the lovely chapel on base. We even had a Rabbi for about 6 month before he was sent to Hawaii.

Thank you for your lovely words and art.