The Tribe of St. Patrick... 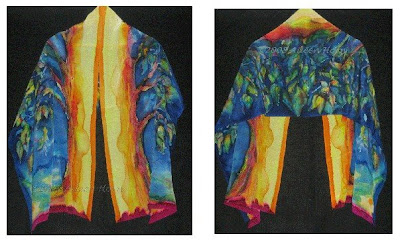 The Jews of Ireland... a vanishing history.

Artist Aileen Horn is an artist and architect living and working in Bethesda, Maryland. As a first-generation American, she has roots in Argentina, Eastern Europe, Israel and Spain, at least.
She is a mother and a wife, an aunt, a sister, a daughter, a niece and embraced by a large extended family and community of friends.
Posted by DrMom at 9:06 AM