On this Memorial Day, it is a time to reflect upon those who have given of themselves so we can live the lives that we do...
Jewish Americans are often seen as doctors, lawyers, accountants... Many are heroes in their own right, but what about those who have served our country in the armed forces. They are not always remembered... Today let's take a moment to change that.


The Congressional Medal of Honor (CMOH) is the highest decoration an American military person can receive for outstanding heroism and bravery in battle. Seventeen Jews, that we know of, have received the CMOH. There are probably more as many are unknown because they enlisted under different names. As in the past, the future will reveal more names of the Jews who received the CMOH.

This exhibit tries to capture their heroism through the illustrations and the official citations of their bravery. It also refutes the lie "that Jews didn't fight in any of our country's wars." Jews have fought in every skirmish, battle and war from the American Revolutionary War to Desert Storm. The Jewish War Veterans of the USA, the oldest active veterans organization in the country, was organized on March 15, 1896, by seventy-eight Jewish Civil War veterans in New York City to expose the lies of Mark Twain and other writers of that day "that Jews didn't fight in the Civil War."

The seventeen Jewish recipients of the Congressional Medal of Honor that we know of since the medal was first issued during the Civil War are:
Civil War: Six
Indian Wars: Two
Haitian Campaign: One
World War 1: Three
World War II: Three
Vietnam War: Two 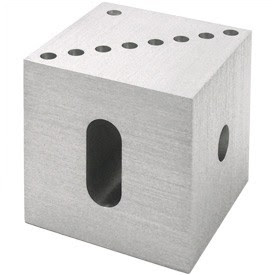 Read about their individual stories here.

This magnificent cube is cleverly designed to compliment all occasions of Jewish life. Each side of the cube features various numbers and sized holes dependant on the candles and ceremony it celebrates including Menorah candles, Shabbat candles, a Havdalah candle, and a Yartzeit candle. Zelig Segal, born and raised inJerusalem, is a master sculptor, draftsman and designer. Raised in a religious household, Zelig continues to design ritual objects infused with Jewish sentiment,
Posted by DrMom at 6:53 AM

This is a very nice article! Thank you for taking the time to write about the heros among us that we often don't take the time to recognize.