Coming soon to a theater near you: THE TEN 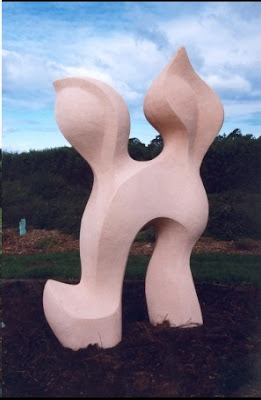 These two Alef sculptures can be found in Australia. They were sculpted by John Milder whose website is certainly worth exploring.

I was shocked to learn of the release of this movie. Whom ever sees it first has to review it HERE on Judaica Journal.

FROM JEWISHHJOURNAL.COM: The Ten Commandments have been around for a long, long time. Ever since the 13th Century B.C.E., to be exact.

Yet in all this time there have only been two major live theatrical motion pictures made about them; the 1923 silent version and the 1956 epic starring Charlton Heston, both directed by Cecil B. DeMille. But neither one of them had many laughs. Now, after 3,000 years, writer/director David Wain has delivered unto the world a scathingly funny and irreverent take on the commandments in his new film "The Ten."

"The Ten" is a series of 10 comic vignettes that reinterpret -- and reinvent -- each of the Ten Commandments, making them, according to the film production notes, "meaningful"(and funny) to a young, hip audience of contemporary sinners.

Clearly this not your father's Ten Commandments film; it's rated R for strong, crude sexual content, including dialogue and nudity. The segment titled "Thou Shalt Not Covet Thy Neighbor's Wife" is set in a men's prison, and another commandment becomes the tale of a repressed librarian who has a torrid love affair with Jesus while vacationing in Mexico. And there's no sign of Moses, Ramses or any of the other players associated with the story of the Ten Commandments.

Wain added that the inspiration for making "The Ten" had more to do with its flexible structure than any religious considerations.

"Ken Marino and I were thinking 'let's make a movie where we could work in different styles with lots of different characters and actors and not have the pretense of it all being one story. And what would make a good framing device to tell ten different stories?' We decided the Ten Commandments were a natural organic structure for that."

But the two filmmakers were not the first to realize those possibilities, as Wain admited: "Obviously there was 'Dekalog,' the Polish movie by Krzysztof Kieslowski, which was 10 hours long and very depressing. Ours is broader, sillier and much shorter."

It's also much funnier. Like other episodic comedies, such as "Kentucky Fried Movie," some segments work better than others. "The Ten" has several high points including Liev Schreiber coveting his neighbors' collection of CT scan machines, Adam Brody as an accidental media phenomenon and Kerri Kenny-Silver as a Caucasian mother who confesses to her African American sons that that their real father is Arnold Schwarzenegger. Paul Rudd, who acts as the film's host, introduces each segment while going through a marital crisis involving his fed-up wife (Famke Janssen) and his bubbly mistress (Jessica Alba). But the segment titled "Thou Shalt Not Steal," starring Winona Ryder as a lovesick woman obsessed with a ventriloquist's dummy, tops this list of 10. Gretchen Mol, Justin Theroux, Oliver Platt and Ron Silver are among the excellent cast that also includes members of The State, a sketch comedy troupe best known from their self-titled MTV series.

"Most of the people that I've worked with almost exclusively for 20 years are the guys I met when I went to NYU film school, which is basically The State, and we all continue to work together in different configurations," Wain said.

Before attending NYU, Wain lived in Shaker Heights, Ohio, which he described as "a traditional Midwestern suburban Jewish upbringing in a very nice Jewish family, going to temple, doing the whole Jewish thing."

It was there that he first heard his calling to become a filmmaker.

"From the age of 10 I had an old clunky '80s video camera that I ran around with shooting little skits with my friends and I've essentially done exactly that from then on," Wain recalled. 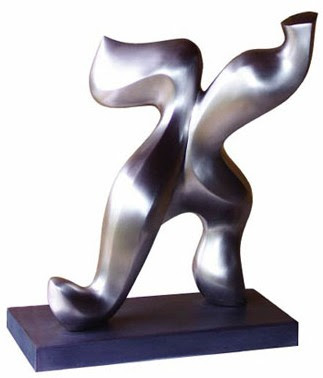 "Where I grew up, the Jews went to camp and the non-Jews worked at the country club. "Wet Hot American Summer" was a combination of memories and ideas that [co-writer] Michael Showalter and I got from the Jewish summer camps that we went to."

When asked what commandment he would add to the list of 10 Wain replies, "Thou Shalt Go See 'The Ten' on Aug. 3 at a theater near you."

For more information about "The Ten," visit http://www.thetenmovie.com.
Posted by DrMom at 3:38 PM

I just watched the trailer. I am not sure if this is something I will netflix or not. It sure won't be playing on the big screens here in the repub town I live in. However, if we do watch it I will do a review of it for you.