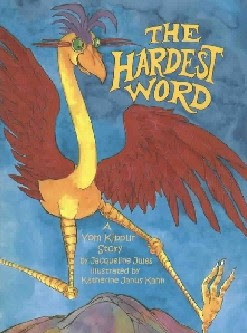 Jacqueline Jules has written several books for children which feature a mythical bird, the Ziz. Like all of us, Ziz has a lot to learn... but with patience and guidance he does just fine. The fun feathered fellow below is the work of Regina K, an Israeli polymer clay artist. When I first saw this ink pen all I could see was our enthusiastic friend Ziz!

On the fifth day of creation, on same day with the fishes, the birds were created, for these two kinds of animals are closely related to each other. Fish are fashioned out of water, and birds out of marshy ground saturated with water.

As leviathan is the king of fishes, so the ziz is appointed to rule over the birds. His name comes from the variety of tastes his flesh has; it tastes like this, zeh, and like that, zeh. The ziz is as monstrous of size as leviathan himself. His ankles rest on the earth, and his head reaches to the very sky.

It once happened that travelers on a vessel noticed a bird. As he stood in the water, it merely covered his feet, and his head knocked against the sky. The onlookers thought the water could not have any depth at that point, and they prepared to rake a bath there. A heavenly voice warned them: "Alight not here! Once a carpenter's axe slipped from his hand at this spot, and it took it seven years to touch bottom." The bird the travelers saw was none other than the ziz. 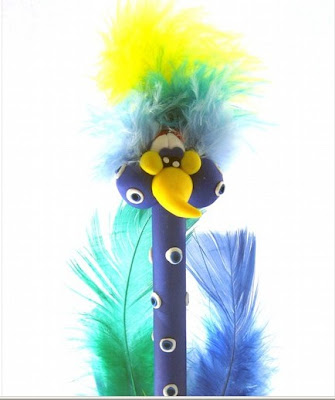 His wings are so huge that unfurled they darken the sun. They protect the earth against the storms of the south; without their aid the earth would nor be able to resist the winds blowing thence. Once an egg of the ziz fell to the ground and broke. The fluid from it flooded sixty cities, and the shock crushed three hundred cedars. Fortunately such accidents do not occur frequently. As a rule the bird lets her eggs slide gently into her nest. This one mishap was due to the fact that the egg was rotten, and the bird cast it away carelessly.

The ziz has another name, Renanim, because he is the celestial singer. On account of his relation to the heavenly regions he is also called Sekwi, the seer, and, besides, he is called "son of the nest," because his fledgling birds break away from the shell without being hatched by the mother bird; they spring directly from the nest, as it were. Like leviathan, so ziz is a delicacy to be served to the pious at the end of time, to compensate them for the privations which abstaining from the unclean fowls imposed upon them.
Posted by DrMom at 9:45 AM

Thank you so much!
for your lovly words!

I was surpised to find your message in my etsy shop :o)