Tradition... tradition! And Shana Tova to y'all! 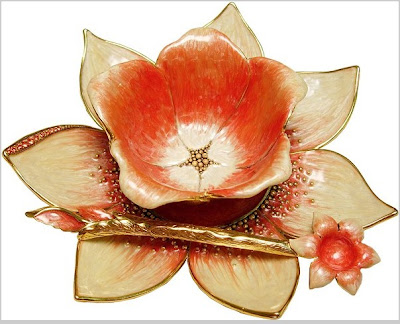 Is Rosh Hashanah really the birthday of the world? Well, the Hebrew letters in the word Bereshit -- In the Beginning -- can be rearranged to make the words 1 Tishri -- the date of Rosh Hashanah -- so who needs more proof?!

Then again, another Midrash says the world was created on 25 Elul, making Rosh Hashanah/1 Tishri fall on the sixth day of Creation -- the day God made man. The logic being that the beginning of humanity marked the real beginning of Creation. Nice thought!
Did you know the zodiac sign for Tishri is the scales? Makes sense, since Tishri is the month when all our deed are weighed up there in The Big Court.

Now, we can't discuss the New Year without discussing the shofar -- that prayer without words -- said to echo the conscious-stricken human voice. Think about it. Tekiah is a deep moan. Teruah, a wavering sob. And Shevarim, a broken groan. These different sounds, according to folklore, are tenderly carried to God by special angels.

Getting even a few squeaks out of the shofar (let alone the regulation one hundred) isn't easy, and an accomplished Ba'al Tekiah (the ones who do the tooting) is a treasure. The less-skilled sometimes put a trumpet mouthpiece into the shofar, but such brazen chutzpah deserves no further discussion.

By the way, the shofar is curved, according to the sages, to symbolize the bent back of the humble penitent. Very poetic, those sages.

At the main Rosh Hashanah meal, serve the head of a fish to the head of the household as a symbol of his/her leadership and wisdom. In some communities they go for broke and serve up the head of a sheep! (I dare you...)

And why apples and honey and not mangoes and honey? Because God's presence, according to the Zohar, is like an apple orchard. This apple honey dish from Quest a leading manufacturer of pewter charms and jewelry components. They have launched a striking collection of objects for the home including unusual Judaica. Traditional handcrafting techniques of enamel painting and setting stones create this collection of embellished works of art for the home. Pieces are made of pewter and plated in 24 K Gold, Sterling Silver or Oxidezed Brass. Each piece is hand-painted and embellished with Swarovski crystal

What ever tradition you follow, whether you will make some new ones this year or not, have a blessed holiday and a happy, healthy 5768! I will be back on Monday after the holiday is over...
Posted by DrMom at 11:55 AM

Shanah Tova to you and yours! We are off to (yep..you are reading this right) services where my partner and I are 2 of the 6 Shofar Blowers. And yes...the sound of the Shofar can and will reach deep within the soul.