Time (and place) to give 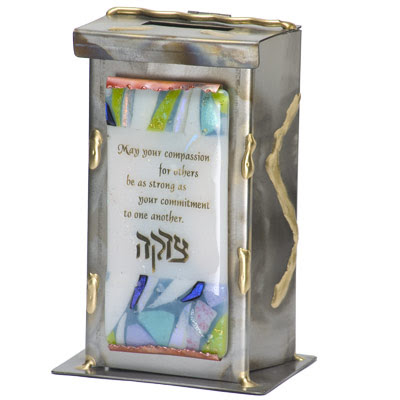 NASHVILLE, Tennessee, July 13, 2005 – With help from NASCAR driver Jamie McMurray, the Autism Society of America (ASA) and The Gary Rosenthal Collection’s Art as a Catalyst program will be launching a one-of-a-kind arts enrichment initiative this week to raise money for the autism community.
McMurray, along with ASA leaders and internationally-renowned artist Gary Rosenthal, will encourage thousands of experts and families affected by autism to “become a piece of the puzzle” during ASA’s 36th National Conference & Exposition on Autism Spectrum Disorders held in Nashville, TN, July 13-16, 2005.
The Become A Piece of the Puzzle campaign will officially begin at ASA’s Driving Autism Awareness: A Night in Nashville event on Wednesday, July 13 from 7-9 p.m. at the Renaissance Hotel in Nashville.
“Autism is the fastest growing disability in the nation and being part of a project that brings together so many people from the autism community means a great deal to me and my family,” said McMurray, whose seven-year-old niece is autistic. “I encourage ASA national conference attendees and ASA chapters to accept the challenge and ‘become a piece of the puzzle’ today.”
McMurray will be the first member of the autism community to place colored pieces of glass to create the unique mosaics. Thousands of others affected by autism will follow, adding their personal touches, ultimately creating distinct artwork. Special guests and attendees to the conference will be adding to the mosaics on July 14 and 15 at the ASA Exhibit Booth.
“ASA is excited to team up with Jamie McMurray and Gary Rosenthal to raise money for autism research, education initiatives and programs,” said Lee Grossman, ASA president & CEO. “This project has tremendous potential to reach many different members of the autism community and greatly increase awareness for the fastest growing disability in the nation affecting more than 1.5 million individuals and their families.”
Following the conference, the mosaics will be sent back to Rosenthal’s studio in Kensington, MD, where they will be fired, cut, and crafted into jewelry, bookmarks, money clips, and other pieces of art. The artwork will prominently feature the autism ribbon, which is made up of multi-colored puzzle pieces, and some of the larger pieces, will include the slogan: “Each of us plays a role in autism awareness; we all are important pieces of the puzzle.”
“The Gary Rosenthal Collection and Art as a Catalyst program are honored to be a part of this community-building activity,” said artist Rosenthal. “As employers of individuals affected by autism, we fully understand the challenges that autistic individuals face daily. What makes this project so special is that someone affected by autism touches every piece of art.”
Each piece of art costs $20, and a portion of each sale benefits ASA and autism research.

Needless to say, this beautiful Tzedakah box is from none other than Gary Rosenthal.
Posted by DrMom at 7:20 PM