Ki Teitzei: When you go out 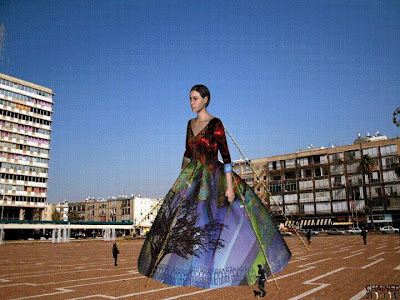 Deuteronomy 21:10-25:19 begins by discussing the intriguing case of the eshet y'fat to'ar, the gentile woman captured by the Jewish soldier in battle. For the rest of the portion, the Torah continues with a listing of various mitzvot covering a wide range of topics. After speaking about a firstborn's special inheritance rights, the case of the wayward son, and the importance of respecting other people's property, the Torah commands us to shoo the mother bird from the nest before taking her young, and that shatnez (any mixture of wool and linen) may not be worn. The case of the defamation of a married woman is then discussed, followed by the prohibition of adultery and other forbidden marriages, and the command to maintain the Jewish army's camp as a sanctified place. After briefly mentioning divorce and the requirement of a get (bill of divorce), the Torah discusses kidnapping, the mitzvah to pay workers in a timely fashion, and the concept of an individual's responsibility for his own actions. The Torah then discusses the special consideration which must be given to an orphan and a widow, the punishment of lashes, the levirate marriage (called yibum and chalitzah in the Torah), and the mitzvah to be honest in business. This power-packed Torah portion concludes with the exhortation to remember the atrocities which the nation of Amalek committed against us upon our exodus from Egypt. 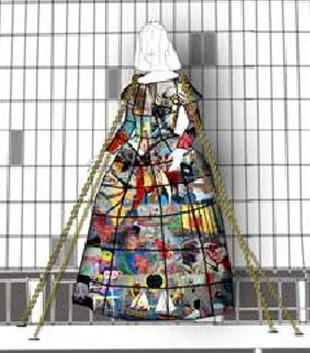 Thousands of women in Israel are refused a divorce by their husbands even if they relinquish rights to child support and their rightful share of marital assets. A Public Campaign for Agunot and Women Unable to Obtain Divorce has revealed the largest patchwork dress in the world. Each stitch of the hundreds of embroidered squares represents an Agunah's anguished cry. We rely upon your generosity to break the chains tying women to dead marriages. Please go to the website and consider signing the petition or donating to the cause.
Posted by DrMom at 6:34 PM