There is nothing as whole as a broken heart. 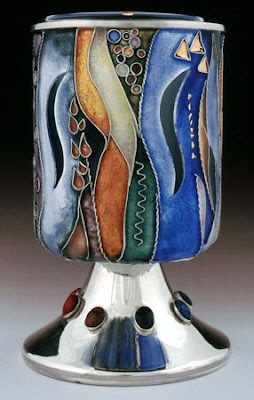 Chassidic saying: Depression is not a sin; but what depression does, no sin can do.
Is sad bad? Chassidic teaching differentiates between two types of sorrow: merirut, a constructive grief, and atzvut, a destructive grief. Merirut is the distress of one who not only recognizes his failings but also cares about them; one who agonizes over the wrongs he has committed, over his missed opportunities, over his unrealized potential; one who refuses to become indifferent to what is deficient in himself and his world. Atzvut is the distress of one who has despaired of himself and his fellow man, whose melancholy has drained him of hope and initiative. Merirut is a springboard for self-improvement; atzvut is a bottomless pit.

How does one distinguish between the two? The first is active, the second—passive. The first one weeps, the second’s eyes are dry and blank. The first one’s mind and heart are in turmoil, the second’s are still with apathy and heavy as lead. And what happens when it passes, when they emerge from their respective bouts of grief? The first one springs to action: resolving, planning, taking his first faltering steps to undo the causes of his sorrow. The second one goes to sleep.


Marian Slepian created this Yahrtzeit candle holder which was a finalist in the Sacred Icons show.
Posted by DrMom at 2:03 PM