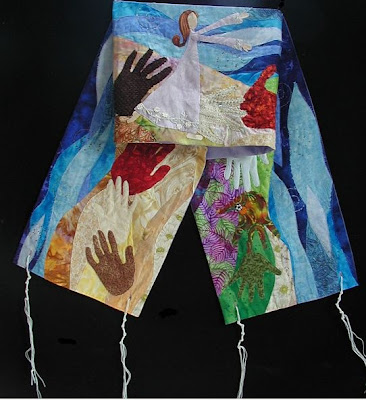 Rabbi Tracee Rosen on Friday July 14, 2006 spoke these words as part of her Sermon in Utah.

In this week’s Torah portion, Pinhas, Moses and Elazar the High Priest are instructed to conduct a census of the Israelites: “Count the heads of all the community of Israelites from twenty years and up by their fathers’ houses, everyone who goes out in the army of Israel. (Numbers 26:2)” While ostensibly they are to count “all the community of Israelites,” the latter half of the verse qualifies this statement by limiting the count to all males over the age of twenty, those who are eligible to be drafted for military service.

Just like the first census of the Israelites at the beginning of the Book of Numbers, women, children, slaves, resident foreigners, etc. aren’t actually counted in the census. Painfully, when we deal with the texts of antiquity, we are often confronted with a past that was male-dominated, sexist and exclusivist, reflecting the outlook of people at a particular point in time. Fortunately for us, we Jews have always been interpretive readers of text, not fundamentalist literalists. What the text meant 2,500 years ago is not what it was construed to mean 1,000 years ago, or what it has to mean today.

When the signers of the Declaration of Independence affixed their signatures 230 years ago to a document which affirmed that, “We hold these truths to be self-evident, that all men are created equal…” what was self-evident to them was that all free, white, property-owning, adult males were endowed with certain unalienable rights, as those were the individuals who were privileged with the status of citizenship. However, even if it was only unconsciously, Jefferson laid the groundwork for the later women’s movements and civil right’s movements to claim for themselves the basic tenet of equality.

So, too, this basic value in the Torah, that all people count, needs to be expanded in our day beyond the narrow literalist reading of the verse. This is the consummate Jewish act. The 19th century Hassidic master, Rabbi Yehudah Leib Alter of Ger, known by his mystically oriented Torah commentary, Sefat Emet, The Language of Truth, offers a wonderful insight into the need for the two census activities in B’midbar. The first census, he says, was needed for the process of giving of the Torah; the second was related to the settlement in the Land of Israel. “Just as each person has a unique and special portion of the Torah, so too, each person has a designated portion in the land…Every census in the Torah is for the purpose of standing each person on his/her ‘root’ (the place of grounding which enables someone to reach upward to achieve their human potential and purpose).”

For the Sefat Emet, the census of the Torah is not merely for the mundane purpose of assembling troops to conquer the land of Israel, it has a higher and more mystical purpose of directing each individual to his or her destiny. We can almost imagine his vision of such a numbering process: “You, Number 602,434, Rachel daughter of Golda, here is your unique piece of Torah that you are meant to share with the world. Here is your land, your place in your community. Now go out, live your true potential, help create that bridge between the upper and lower realms which will pave the way to tikkun olam, repair of our broken world.”

We know, by the way, that this unambiguously male-dominated view of the world is not the last word in a dynamic, ever-evolving Torah. Even in this week’s portion, we have a rather limited case of the five daughters of Tzelophehad who challenge the biblical law that only sons may inherit the property of their fathers. When their case is decided, they prevail, and are allowed to inherit their father’s property. They, too, are made to count among the citizens of Israel, so much so, that like the chieftains of the Israelite tribes, they, too, are enumerated by name.

The beautiful Tallit above is from Iris Quilts... it depicts the 12 tribes and was created by IrisQuilts. I don't think a bunch of men wandering the desert for decades ever looked this lovely.
Posted by DrMom at 9:15 AM