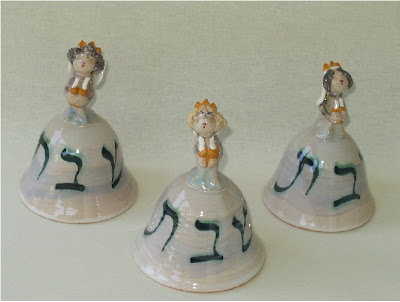 Lecha Dodi was composed by Rabbi Shlomo Halevy Alkabetz (1505-1584), one of the Kabbalists of Safed. He arranged the poetical composition so that the first letters of each stanza spells out the name of the author, a practice quite common among liturgical poets. Although several versions of a hymn by this name had been circulating at that time, this is the one that was adopted by Rabbi Issac Luria, the foremost authority among the Kabbalistic masters.


This song has been described as perhaps one of the finest pieces of religious poetry in existence.


After the Minchah service, as the sun cast its setting rays over the distant hilltops, this saintly mystic and his disciples would go out into the fields to stand on one of Sefad's magnificent slopes. Gazing out upon plunging ravines and soaring heights, they would open their hearts in song as the sunset swelled into a cadence of changing colors: "Lecha dodi, likrat kallah; P'nei Shabbat, nekablah." This refrain concludes each of the nine stanzas of the hymn, in which Biblical phrases from the books of Shoftim, Yeshayahu, Yirmeyahu, and Tehillim are pieced together to create a liturgical mosaic. There is scarcely a phrase in the entire hymn which is not borrowed from the Hebrew Bible.


Only the first two and the last stanzas relate to the Shabbat theme. The rest reflect the Jewish longing for redemption, which includes the restoration of Yerushalayim and the coming of the Mashiach. Each of these other six stanzas describe another stage in the process of redemption.


The words of the refrain and the last two words of the hymn were taken from the Talmud. The Talmud relates that every Shabbat eve, Rabbi Hanina would don his finest garments and declare: "Come, let us go out to mee the Shabbat Queen." Rabbi Yannai likewise put on his festive clothes and declared: "Come, O Bride, Come, O Bride"

I thought I had seen everything... but then Midrash Pottery made these Shabbat Bride Bells... perfect for ringing your family to the table to light the Shabbat Candles together. (And this post even fits with my wedding RING theme of the week!)
Posted by DrMom at 8:35 AM