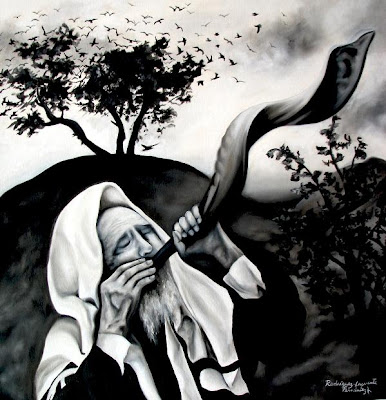 As many of you know, the only transgressions which can be forgiven during the High Holiday periods are those that are made against G'd. The sins we have made against our fellows must be forgiven by the victim. We must ask for forgivness. So dear reader, if I have done anything to hurt you, disappoint, offend or cause you ill, I ask your forgiveness.


The Shulhan Aruch (Orah Haim 606:1) writes that one does not earn atonement on Yom Kippur for offenses committed against other people unless he receives their forgiveness. Therefore, it is imperative for a person to approach those people whom he has wronged during the year to ask them forgiveness before Yom Kippur. This applies to both financial and verbal offenses. In the case of a financial offense, of course, one must also return the funds in question.

The Shulhan Aruch writes that if the victim does not grant forgiveness when the offender first approaches him, the offender should return to him, as many as three times. He then earns atonement even if the victim still refuses to forgive. As the Be’ur Halacha (commentary by Rabbi Yisrael Meir Kagan, 1839-1933) notes, it appears from the Shulhan Aruch’s presentation of this Halacha that a person should approach the victim accompanied by three people. Even when he approaches the victim for the first time, according to the Shulhan Aruch, he should bring three people along with him. The Rambam (Rabbi Moshe Maimonides, 1135-1204), however, on the basis of the Talmud Yerushalmi, maintains that when the offender approaches the victim for the first time he does not have to bring three people with him. If the victim refuses to forgive, then he should return as many as three times together with three other people. The Kaf Ha’haim (Rabbi Yaakov Haim Sofer, 1870-1939) writes that the accepted practice follows the Rambam’s view, and thus one is not required to bring three people the first time he approaches his fellow to request forgiveness.

The importance of requesting forgiveness from one’s fellow before Yom Kippur cannot be overstated. According to some opinions, one cannot even earn atonement for sins committed against God if he does not receive forgiveness from the people whom he had wronged. Furthermore, the Kaf Ha’haim writes that if a person does not seek his friend’s forgiveness before Yom Kippur, then the prosecuting angel comes before God and argues against this person. The angel contends that the person is not concerned about his sins, as evidenced by his unwillingness to ask for his fellow’s forgiveness, and therefore should not be granted atonement on Yom Kippur. One must therefore make every effort before Yom Kippur to make amends with all those whom he had wronged over the course of the year.