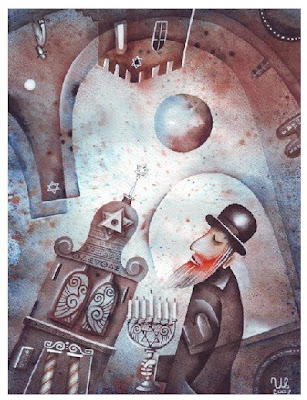 Are you old enough to remember it? I am. I recall sitting on my mother's bed watching the black and white television. I think my aunt was staying with us that summer.

The Apollo 11 mission was the first manned mission to land on the Moon. It was the fifth human spaceflight of Project Apollo and the third human voyage to the Moon. Launched on July 16, 1969, it carried Mission Commander Neil Alden Armstrong, Command Module Pilot Michael Collins, and Lunar Module Pilot Edwin Eugene 'Buzz' Aldrin, Jr. On July 20, Armstrong and Aldrin became the first humans to walk on the Moon, while Collins orbited above (from Wikipedia).

The moon has always been an object of mystery... dating back to the beginning.
Genesis 1:14 G-d said, "Let there be luminaries in the firmament of the heaven to separate between the day and the night; and they shall serve as signs, and for festivals, and for days and years; 15 and they shall serve as luminaries in the firmament of the heaven to shine upon the earth." And it was so. 16 And G-d made the two great luminaries, the greater luminary to dominate the day and the lesser luminary to dominate the night; and the stars. 17 And G-d set them in the firmament of the heaven to give light upon the earth, 18 to dominate by day and by night, and to separate between the light and the darkness. And G-d saw that it was good. 19 And there was evening and there was morning, a fourth day.

During the first six days of creation, light and darkness functioned together day and night. (Bereishit Rabbah; Rashi)

According to another opinion, the original light functioned for the first three days; on the fourth day, a portion of this light was separated, and used to create the sun and the moon. (Ramban; Zohar Chadash, Yitro; Bachya) This is alluded to by the wording of the Scripture, "Yehi Meorot" [where Yehi is singular and Meorot is plural]. This literally means, "let it be lights." The "it" in this verse alludes to the light that was created on the first day.

The Ramban (Rabbi Moshe ben Nachman: 1194-1270) writes that the light created on the first day is the light of the primeval elements. On the second day the firmament was created, separating this light from the world; so, when the dry land was formed on the third day, the world was in absolute darkness. Then, on the fourth day, G-d commanded a portion of the original light to form the sun and moon, illuminating the world. this is alluded to in the verse, "Let them be lights in the firmament of the heaven to illuminate the earth." This indicates that light was created on the first day, but it could not shine on the earth until the fourth day.

More midrash here.
Eugene Ivanov was only three years old when the lunar landing occured. Born in Tyumen (Siberia, Russia), he graduated from the Tyumen Industrial Institute - After three years of working in the domain of mineral-oil geology, Ivanov decided for the career of an advertising designer. Since childhood Eugene Ivanov was fond of drawing. Since 1989 he has been engaged in painting and graphic arts professionally. His first efforts with a pencil and ink on paper were followed by oil on canvas. His works are held in many private collections in the Czech Republic, Germany, Israel, Poland, Russia, UK and USA. The piece above is titled Moon Synagogue.
Posted by DrMom at 7:05 AM

Love the art you shared. I remember vividly where I was that very early morning/late night. My daughter was three months old and awake to be fed. I sat in a rocker in front of the tv with her in my arms. I think I was afraid for the astronauts, but thrilled to see them accomplish the mission.