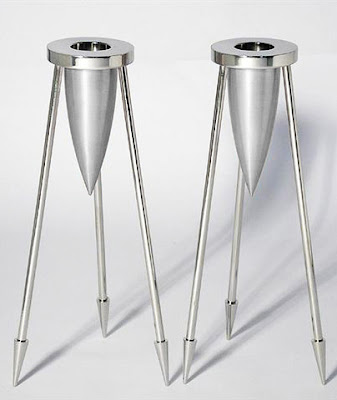 SAN FRANCISCO (JTA) -- The first African-American female rabbi will take up a new pulpit in North Carolina in August.

Alysa Stanton, who will be ordained June 6 at Hebrew Union College-Jewish Institute of Religion in Cincinnati, has been hired as the spiritual leader of Congregation Bayt Shalom in Greenville. Bayt Shalom is a small Conservative congregation that two years ago also affiliated with the Reform movement.

Stanton, a convert and mother to an adopted 14-year-old daughter, is a trained psychotherapist who specializes in trauma and grief.

She will be the first African-American rabbi to lead a majority white congregation, despite the fact that about 20 percent of the American Jewish community is ethnically and racially diverse, according to the San Francisco-based Institute for Jewish and Community Research.

Stanton’s ordination will provide young black Jewish Americans “with an important role model,” says Diane Tobin, associate director of the institute. “Hopefully over time they will see themselves reflected in the community.”


These polished stainless steel and anodized aluminum shabbat candlesticks are the work of Laura Cowan. The three main parts of each Shabbat candlestick are inspired by different futuristic themes. The disc is reminiscent of the orbs surrounding planet Saturn, the candle holder an inverted rocket and the legs are delicate and elongated to create the impression of lightness as if the rocket is shooting off into space.

Best of luck to you Rabbi Stanton... I may have to take a trip to Greenville to meet you (and visit the family).

Shabbat Shalom to all.
Posted by DrMom at 6:07 AM

I am very curious to see how Rabbi Stanton does in Greenville. The town has changed demographically since I was a student at ECU (ECTC in the 60's when I was there) There is a wonerful medical and dental school there now with an influx of northerners. But there is still a lot of what I would call institutional racism in the town. I go back infrequently as I have in-laws there. I can not tell you how many times there were derogatory remarks made in my presence, and the people were genuinely unaware of how hurtful their remarks were. the South was funny back in the 40's & 50's when I was growing up. Jews were generally distrusted and hated, But those of us who were the shopkeepers doctors and lawyers were considered "Our Jews" and fairly safe.

I hope that she is able to settle in and become a part of the clerical presence.

I have just come across your blog and am delighted! What a wonderful way to view some incredible Judaica. I'll be coming back to visit on a regular basis.