By jove, I think he has got it! 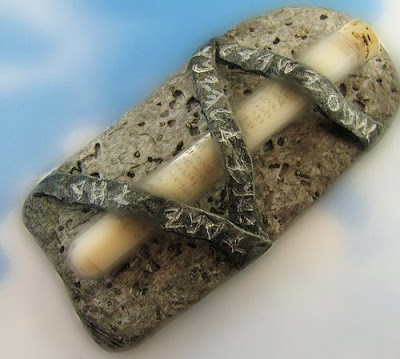 So sad that it has taken nearly 8 years for Bush to say something I beleive in!
Bush: Israel has right to protect itself against Gaza attacks
WASHINGTON - U.S. President George W. Bush said Monday that he understands Israel's desire to protect itself, offering his first public comments about the U.S. ally's massive ground invasion into Gaza. Israel has moved tanks and troops into Gaza to target Hamas militants firing rockets at its southern communities. From the White House, Bush said Monday that Israel has the right to defend itself against rocket attacks by Gaza rulers Hamas. The president said he is still hopeful there will be a cease-fire, calling it "a noble ambition." But, he said, no peace deal will work unless it forces Hamas to stop its attacks.
Meamwhile, the White House said Monday that the United States wants a cease-fire as soon as possible but insists that it be durable. White House spokeswoman Dana Perino, while backing Israel's Gaza offensive as the state's right to defend itself, urged it to be "very cautious when it comes to civilian casualties." "We want it to be kept to a minimum," she told reporters. Asked how quickly the United States wants to see a cease-fire in place, she said, "We would like it as soon as possible but it has to be something that is durable."
The rustic mezuzah above is from Zagit Gale.
Posted by DrMom at 3:20 PM