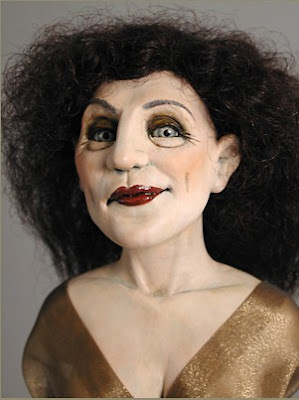 In Bereshit, the birth of the first man and woman are written in two different ways. In the first creation story, man and woman are created at the same moment and from the same material. This woman is not named. In the other story, Eve is created from Adam's side, and she is the woman from whom humankind is issued.

These two stories present a perplexing textual issue—the first woman seems to have disappeared, while Eve remains. What happened to the first woman? The Alphabet of Ben Sira, an ancient midrash offers this explanation:

After the Holy One created the first human being, Adam, God said, "It is not good for Adam to be alone." God created a woman, also from the earth, and called her Lilith.

She responded: "We are both equal because we both come from the earth."

Neither listened to the other. When Lilith realized what was happening, she pronounced the Ineffable (secret) Name of God and flew off into the air, out of the Garden.

Adam rose in prayer before the Creator, saying, " The woman you gave me has fled from me." Immediately the Holy One sent three angels after her.

The Holy One said to Adam, "If she wants to return, all the better. If not, she will have to accept that one hundred of her children will die every day."

The angels went after her, finally locating her in the Red Sea, in the powerful waters were destined to perish the Israelites. They told her what God had said, and she did not want to return. . ."

Lilith is a voice in the wilderness: a woman who stood up for herself. In the magazine named after her, Lilith, Lilith is described as a powerful female, with a strong character and commmitment to her principles.

I see Lilith as a role model. Her voice called out to me. It was immensely powerful to find a Jewish tradition about a strong woman who stood up for what she believed. When I discovered Lilith, I found a voice in Jewish tradition—a womans' voice, a strong voice. Lilith said to me, yes—you are in the text, when the written Torah text said no—the rabbis said no — Lilith said yes. 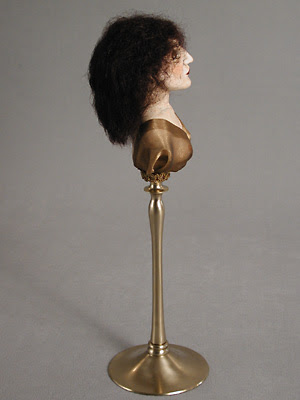 Understanding that Lilith's essence is her strength as an independent woman, I embrace her as a symbol—a symbol of a mythical character not afraid to stand up for what she believed in. Through Lilith, I was able to replace the silence that was so empty, with an image of strength and independence,

My journey is far from complete—I still search for women in tradition to help me voice my most intimate connections with God and with tradition. But now I know that I am standing—standing tall in Jewish tradition---as I continue my journey of finding my voice in the text.

Through the discovery of Lilith, I have begun to listen more carefully to the voices in the Torah. I am finding my voice, and womens voices, carefully etched between the lines.

By embracing the legends, the unheard voices, and making them our own, we are continually creating Torah—for our voices are added to the thousands of generations before, weaving a tapestry of Torah that is far greater, far deeper, than the written page--- from Rabbi Allison Bergman of Temple Beth El in San Antonio, TX


This one of a kind art bust is from the husband wife team of C+M figures... I was amazed at how little non-pornographic art of Lilith I could find... Thank goodness for this couple!
Posted by DrMom at 6:49 AM

Thank you for letting us know about posting "Lilith" on your blog, it is not often we know where our images are posted on the internet, you are welcome to use her.

I lived with a Rabbi for about three years and was aware of the story of "Lilith" our first woman, first feminist and first to be punished for seeking equality.
Lilith Rules, Eve Drools!

I wish you great success in your journey.

(PS. Don't look too closely at her attire, though -- it is SHEER organza)