The trials of Sarah 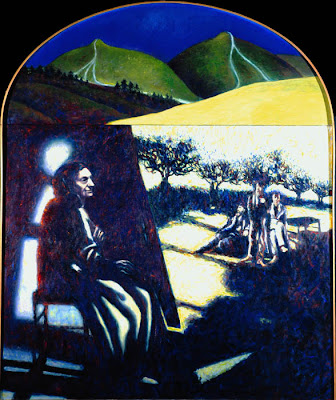 The Other Woman: The Roles of the Bible's Abraham, Sarah, and Hagar
Looking at the Bible today, it can be asserted that it was written from a male point of view. However, some of the stories in the Bible also make an attempt show a female perspective. The story of Abraham, Sarah, and her maid Hagar is an example of the female perspective coming through the pages. Some considerable work must be done to understand the time, place, pressures, and situation of this "couple".

Since the story of Adam and Eve, there has been debate about the role of women in the Biblical world. The first appearance of human life in the Bible depicts men and women being created at the same time. "So God created humankind in his image, in the image of God he created them; male and female he created them." (Gen. 1:27) There is no question of inequality, or about who came first. However, when Genesis moves into the J-Source portion of Adam and Eve's story, roles begin to take shape. "Then the LORD God said, 'It is not good that the man should be alone; I will make him a helper as his partner.'" (Gen. 2:18) Finally, Eve is formed from Adam's flesh. 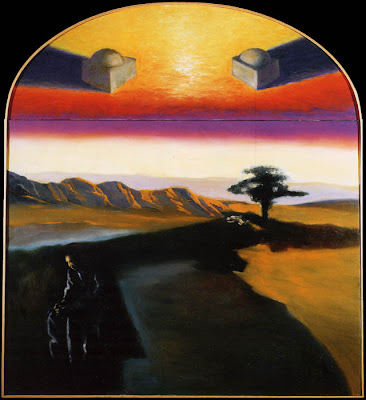 This sets the tone of female subservience for the rest of the Old Testament, and is demonstrated in the story of Abraham, Sarah, and Hagar. When Sarah was unable to conceive children, she offered to Abraham Hagar as a substitution. "So Sarah said to Abram, 'Now behold, the LORD has prevented me from bearing children. Please go in to my maid; perhaps I will obtain children through her.' And Abram listened to the voice of Sarah." (Gen. 16:2)

Looking at this action from a modern perspective where adoption, in-vitro fertilization, and surrogacy are common and accepted, this seems to be an illogical choice. Today we recognize that having children does not have to be the primary function of a marriage. We also recognize the biological phenomenon of menopause. In Sarah's time, things were very different. The direct command from God was to "be fruitful and multiply," (Gen. 1:28) making procreation the main reason for marriage. Also, woman was set as a "helper" to man, and it can be assumed that she would have been of the greatest help to him if she was able to bear children. The fact of Sarah's old age, and the old age of Abraham was not even considered in the decision-making process. More of this dvar can be found here. (Sarva Deslauriers)
These paintings of Sarah (above left) and Hagar are from the studio of JANET SHAFNER an artist who finds much inspirations for the women of the bible. Her work has been shown through out the U.S.A. and discussed by the historian Richard McBee.
Posted by DrMom at 2:23 PM