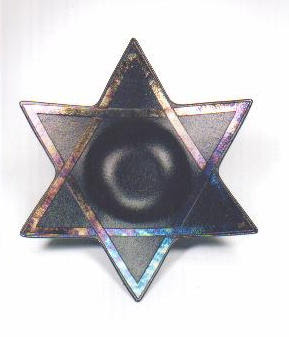 When visiting neighbors bringing a little gift is seen as an appropriate and friendly gesture. When one moves to a new home, gifts of bread and salt are given. avigdor schulman of Devotional Furnishings created this salt dish, perfect for any Shabbat Table. avigdor schulman is the primary designer of the pieces currently shown here. avigdor has been designing furniture and cabinetry for 20 years and currently works from a studio on Denman Island, BC, Canada. And below are salt (and pepper) shaker from three of my favorite Israeli polymer clay artists: Roni Gur, Michal Gubi and Orly Rabinowitz. You can find their work on flickr

In this week’s Torah portion, we see two very different examples of hospitality as offered up by Abraham on the one hand, and his nephew Lot on the other. While I considered myself well acquainted with Abraham all of my life, in preparing for this sermon and studying this portion, I came to realize I did not really know Lot at all. Quite frankly, I was shocked by his behavior towards his daughters, and I wanted to focus on that part of this week’s portion to try to understand why Lot acted the way that he did.

The portion begins with G-d appearing to Abraham, but Abraham suddenly sees three men standing near him – he had not seen them approach. Tradition teaches us that the fact that they appear virtually at the same time as G-d does is an indication that they are angels of G-d. Abraham, though, upon seeing them, turns his attention from the Almighty to the strangers in his midst. Abraham’s desire to take care of the visitors – his sense of hospitality – is so great that he takes it upon himself to take leave of G-d to attend to them. Indeed, Abraham and G-d do not speak again until after Abraham has attended to his visitors. And how he attends to them! After begging them to stay, to have them bathe their feet and recline under his tree, he offers a little water and what he describes as “a morsel of bread,” only to then go into his tent to have Sarah make cakes from three measures of choice flour – more than enough for “a morsel of bread.” Perhaps Abraham’s hospitality extended to an intent to make enough to provide them along their journey. Abraham then runs to his herd and picks one of the best calves to be prepared for dinner. The Torah simply says Abraham gave the calf to a servant-boy who hastened to prepare it, but tradition tells us this unidentified “servant-boy” is none other than Abraham’s own son, Ishmael, and that Abraham’s goal is to pass onto his son the importance of hospitality even unto the stranger. Abraham then attends to the visitors as they ate this pre-Leviticus meal of curds, milk and veal.

After the meal, one of the angels fulfills his mission to Abraham and Sarah’s home by telling Abraham, within earshot of Sarah, that Sarah will bear him a son. The angels then head out toward Sodom, with Abraham walking with them a ways to see them off. It is only after they have left that Abraham and the Almighty resume their conversation in earnest, with G-d telling Abraham of G-d’s plans for Sodom and Gomorrah, and the famous questioning and bargaining between them ensues.

It is evening when two of the angels arrive in Sodom. Tradition tells us that the third, having completed his mission of telling Abraham and Sarah that they will have a son, did not go on to Sodom but instead returned to heaven. At the time of their arrival, Lot was sitting in the gate of the city. Now, Sodom was a city of great wealth: Streets paved with gold, and all that. Yet the Sodomites were so evil with greed that they punished anyone within their midst for showing any generosity or hospitality. Indeed, one of Lot’s daughters had been stoned to death for showing kindness to a stranger.

At first blush, it seems Lot offers the same hospitality as had Abraham – begging them to stay; preparing a feast – but closer scrutiny shows they are not the same. Abraham has them bathe their feet first thing, whereas Lot offers to have them do so only after spending the night and prior to leaving early. The rabbis teach us that this was due to Lot’s fear that if their presence was discovered by the Sodomites, and they were found to have clean feet, the Sodomites would logically conclude that they had been there a while enjoying Lot’s hospitality and they would treat Lot that much more harshly. Conversely, by only offering to have them bathe their feet immediately prior to an early departure, Lot could claim in the event of discovery that they had just arrived and that he had not given them any hospitality at all. A Biblical example of what we would later come to know as “plausible deniability.” Yet nonetheless, Lot prepares a feast for them. Unlike Abraham’s hospitality, there is no mention of Lot enlisting the assistance of others in his household. The Torah simply says Lot prepared the feast. 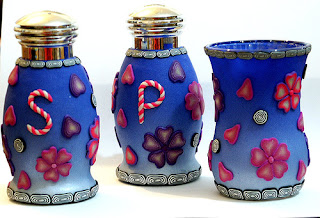 Following dinner, all the people of Sodom to the last man (so much for the bargain Abraham had finally stuck with G-d to spare the city from destruction) come to Lot’s home and demanded that Lot turn the two visitors over to them to do to the visitors that for which the town’s name has continued to live in infamy. At first, Lot is downright heroic: he goes outside his house, closes the door behind him, and implores the crowd “don’t do this to my guests;” but then he immediately, cowardly, offers to the crowd – those wolves – his innocent daughters to “do to them as you please.” Can it be that Lot actually values hospitality over his daughters’ innocence? I don’t think so. I think Lot offered his daughters not to protect his guests so much as to protect himself. He did so to preserve good relations with his neighbors as well as with the strangers in his home. After all, he had moved to Sodom, drawn by its wealth, with the intent of acquiring wealth himself. He would not be able to do this without maintaining good relations with his neighbors, and with any traveling merchants with whom he might find himself interacting. Daughters in those days were not revenue generating. Even if they married well, they would not necessarily have been obligated to see to Lot in his old age.

When the Sodomites attack Lot after taking offense with him telling them what not to do, the angels pull him inside the house and strike the crowd blind. Having saved him once, they save Lot again by persuading him to take his wife and the two daughters he was willing to throw to the wolves; and leave Sodom – and everything he owns – behind. So he does, and we all know what happens to his wife!

So what are we to make of these different examples of hospitality? May we say, that with his selfless hospitality, Abraham was rewarded with Isaac; whereas, through his selfish hospitality, Lot was visited with death and destruction? I think that’s too simplistic a lesson. 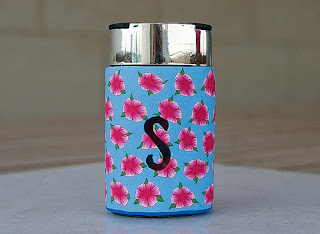 Here’s what I gathered, though it is more than a bit disquieting. Lot, lest we judge him too harshly, which I submit is easy to do, is far more average, far more like most of us than we would care to admit. Lot had high ideals and elements of courage, as shown by his dedication to hospitality. After all, he was willing to take the strangers into his house in the first place, rather than letting them fend for themselves in town as they had initially suggested. How many of us would do that today? Even safe strangers, such as Air Force basic recruits from Lackland for Thanksgiving? After all, the rabbis teach us that G-d’s destruction of Sodom and Gomorrah was not due so much to the evil of their sexual practices, as their evil of inhospitality and greed, and maltreatment of those in need. No, despite his ideals, Lot ultimately gave in to his desire for comfort and the wealth available to him in Sodom.

Abraham’s level of hospitality is one which is nearly unattainable. He bargains with G-d, virtually argues with G-d over the Almighty’s plan to destroy Sodom and Gomorrah, yet complies without so much as a peep later in this same portion when directed to sacrifice Isaac. In caring for strangers at the expense of interrupting a conversation with G-d, and later questioning, challenging G-d over the justice of wiping out the innocents along with the guilty in Sodom and Gomorrah, the Torah teaches that Abraham’s religion then – and our Judaism today – is more than a set of ritualistic practices done for their own sake. It puts substance over form. It allows each of us to question G-d as well as ourselves. But ultimately it recognizes that in putting people and their needs first, and selflessly serving others, we end up executing the plan of a just and righteous G-d. 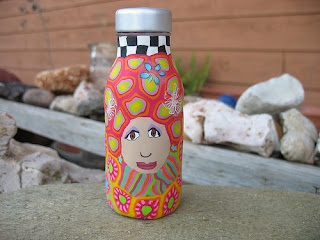 I realize the issue of throwing the daughters to the wolves is still hanging. Quite frankly, I have not been able to place the unfathomable in any kind of positive light. What I did get is this: Both Abraham and Lot set high standards for hospitality, yet in its exercise they ended up as extremes. Abraham’s flawless, selfless hospitality is our highest ideal. Lot’s attempt to welcome guests ended in total destruction. Perhaps, while we may never totally understand Lot, or even to some extent Abraham, we can learn from both, and attempt to fulfill this mitzvah of hospitality selflessly, attempting to make all feel comfortable while hurting no one.
(Bill Harris of Temple Beth El, San Antonio, TX)
Posted by DrMom at 2:16 PM