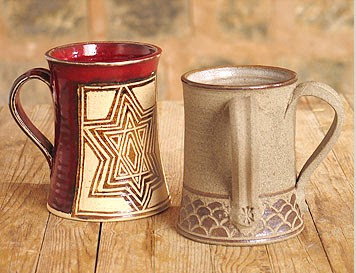 In Parshat Balak, this week’s Torah portion, a sorcerer named Balaam is on his way to Moab to curse the Israelites for Balak. Balak, the king of Moab has seen the victories of the Israelites. Fearing the Israelites will conquer his land next, Balak has sent his messengers to summon the prophet Balaam.
He persuades Balaam to curse the Israelites so that he can defeat them on the battlefield. As Balaam is on his way to Moab, his donkey sees an angel of God in the road with his sword drawn, blocking the way. Each time the donkey protects Balaam by refusing to move forward, Balaam beats and curses her, until finally, God gives her a voice with which to rebuke Balaam. Even as she speaks, Balaam verbally abuses her. Only when God allows Balaam to see the angel for himself, does Balaam cease abusing the donkey.
Though Balaam does go to Moab to curse the Israelites, God frustrates Balak’s plan. Balaam can only utter what God tells him to. As it turns out, Balaam blesses the Israelites instead, and prophesies that Israel's enemies will be defeated.
The story has aspects of a fairy tale, almost a cartoon fantasy with a light-infused, sword-carrying angel, a respected but misguided prophet who becomes agitated, stubborn and angry when his journey is detoured, and a talking animal whose intercession shows the prophet the error of his ways. The
happy ending is that the prophet becomes the vehicle through which God blesses the Israelites, offering words that have become part of our standard liturgy.
For me, the story offers a more serious lesson about not being able to see what's real and how we sometimes need the understanding and involvement of others to help us see clearly again. When the angel stands in Balaam's way to prevent him from going to curse the Israelites, Balaam doesn't see the angel. It's like he has a veil covering his sight that prevents him from seeing what's in front of him. This is not unlike having the dark veil of depression cloud your judgment and distort
your perception of reality. I know what that's like, all too well.
Sixteen years ago I suffered a major depression. It wasn't an overnight thing but the lowest point of a gradual, at times imperceptible but inexorable three-year spiral into darkness, into madness. ">Please read the remainder of this important d'var torah here.

As we re-obtain our health- whether it be from physical or emotional illness- cleansing our bodies and souls is often therapeutic. Judaism recognizes the spiritual nature of cleansing in the ruitual of hand washing. Not only is there a special blessing,
בָּרוּךְ אַתָּה יי אֱלֹהֵינוּ מֶלֶךְ הָעוֹלָם, אֲשֶׁר קִדְּשָׁנוּ בְּמִצְווֹתָיו וְצִוָנוּ עַל נְטִילַת יָדַיִים

Blessed are You, our Eternal God, Ruler of the universe, Who sanctifies us with the mitzvot, and commands us to elevate our hands

there are ritual objects for hand washing as well.

This week we will examine natalot or yadyim such as the ones above from Tzafra’s Ceramics
Posted by DrMom at 11:10 AM

The rest of your message didn't show up when I clicked on it. Would really like to be able to see the message.