Top 25 Fears about A Jewish Wedding. 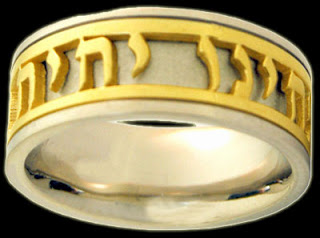 By Brian Fox of Jewish San Fransisco
25) The inside of the yarmulkes read Fled and Groria Groldberg.
24) While signing the $1,200 handmade ketubah, you sneeze and leave a pen mark across the parchment that looks like Zorro’s handiwork.
23) During the ceremony, a guest whom you don’t even know desperately tries to wake her spouse, who is snoring.
22) The custom-made, handcrafted bridesmaid dresses begin to fray before the women even reach the chuppah.
21) As you circle your husband-to-be for the seventh time, you trip, and trying to brace yourself by grabbing him at the waist, you accidentally “pants” him.
20) You raise your leg to stomp the glass; get a cramp and hop around like a pogo stick tearing your new wife’s $3,000 dress and crushing her big toe. 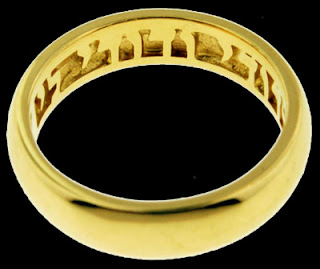 19) The rabbi begins by saying, “In a few short months I’ve come to know the bride and groom very well. And let me say that Fled and Groria...”
18) The flower girl trips and, at the top of her voice, screams out the new curse word she heard on “NYPD Blue.”
17) Grandma thinks it’s a good idea to give you her old, borrowed and blue ... nightie.
16) At the reception, the video of your bachelor party is accidentally shown instead of the “Couple’s History” video.
15) Uncle Louie shows up at the black-tie reception wearing a puffy tuxedo shirt opened to his belly, Bermuda shorts and black socks with sandals.
14) The chuppah, held up by four poles and four distracted polesmen, collapses onto you and the rabbi just as you’re getting ready to say, I do. 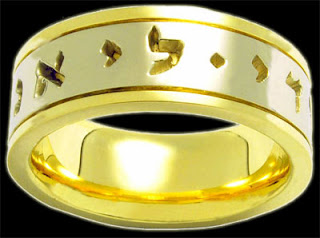 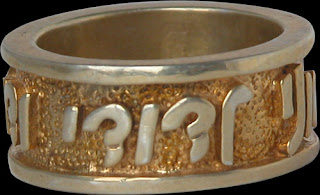 8) During the “chair dance,” both fathers throw out their backs sending you and your spouse to the floor — and them to the chiropractor.
7) Confusing your wedding with the Fineberg bat mitzvah, your party planner brings 25 Powerpuff Girl centerpieces.
6) Your 13-year-old brother, mysteriously tipsy, steals the microphone from the band and practices his Haftarah — cracked voice and all.
5) Aunt Sadie tries to stuff the entire brisket into her purse for “a little nosh later.”
4) You throw the bouquet too far and it lands in the seven-tiered cake. 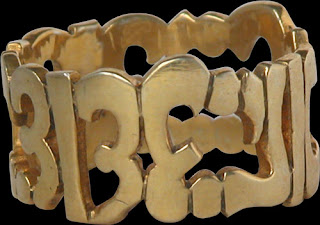 3) At the end of the reception, just before you climb into the limo to ride off to your honeymoon, the photographer tells you he forgot to put film in the camera.
2) The five-piece band brings only saxophones.
1) Your wedding dress is so complicated, it takes you three hours to get out of it

These lovely rings are from Mendelea... some are more appropriate for anniversary gifts or engagement gifts rathern than bands because of their open nature... but all are lovely nonetheless
Posted by DrMom at 10:50 AM