A period of mourning 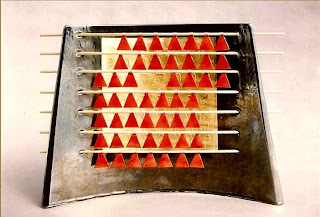 As I mentioned yesterday I knew nothing about the Omer period, including that it is a period of mourning. Why? Exodusfrom Egypt- good. Receiving the Torah at Sinai- good. Then why do we mourn? This answer is from the Women of Reform Judaism.

The period of counting has traditionally been a somber period of reflection and mourning. In the First century, thousands of students of Talmudic scholar Rabbi Akiva were killed by a plague during this period as punishment for disrespecting each other. In commemoration, weddings and festivities are not held and we’re not meant to have our hair cut. However, this all changes on Lag BaOmer. The plague is believed to have ended on this 33rd day of counting, thereby causing it to be a source of celebration. 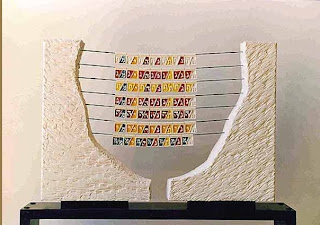 After the end of the plague, Rabbi Akiva took on new students. One of them was Rabbi Shimon bar Yochai, traditionally thought to be the author of the Zohar (“The Shining Light”), the mystical commentary on the Torah. To commemorate this light, bonfires are typically lit to celebrate Lag BaOmer.

Some historians believe that the story of Rabbi Akiva’s students is allegorical and that the story is really a reference to a Jewish revolt against the Romans led by Bar Kochba and that the period of mourning is to honor those who died in the uprising. 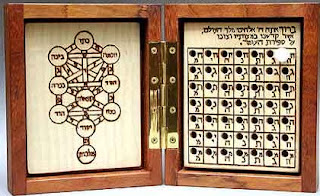 These omer counters are from the Judaic artist Arnold Schwarzbart of Knoxville, TN (wow, he is a neighbor). Of these works, Arnold says "The text is 49 letter pairs that serve as a reminder of the sefirot for each day's meditation. Tradition is that one meditate on each of the lower seven sefirot, and how all the other sefirot relate to one another. This idea comes from the mystical texts that describe ten attributes of the Divine and are mirrored in mankind. These meditations are intended as preparation for Shavuot and the reenactment of receiving the Law at Sinai."
Posted by DrMom at 7:29 AM